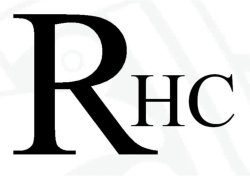 Posted on behalf of John Cannan at the Ramsey Heritage Centre

Many thanks for the information John

Thank you for your reply on the website. I am particularly interested in the “special” internees who were interned for as period at a house called Dunluce in Ramsey, Isle of Man. Hence my comment to the post placed by Werner Kittel about his father, Wolfgang Kittel and grandfather Werner Gerlach. Gerlach was the German Consul to Iceland captured in May 1940.

I am also interested to hear of the experiences of anyone whose relative may have spent time at the Mooragh internment camp in Ramsey so would be grateful if you would post the following:

“Ramsey Heritage Centre in Ramsey, Isle of Man is compiling an exhibition to coincide with the 75th anniversary of the commencement of internment at the Mooragh promenade, Ramsey in May 1940. The centre would be interested to hear from anyone whose relatives may have spent time at the camp in Ramsey or one of the diplomats, labelled as “special” internees who were held separately at a private house called “Dunluce”. Photos would be especially welcome to help add to the human element as would contemporary accounts, especially from inside the wire.

It is possible that some internees who were on the ill fated “Arandora Star” were interned for a time in Ramsey, wither for a brief time before she sailed or who survived the sinking and were subsequently returned to the Isle of Man. It is also possible that some were transferred from the Ramsey camp to sail on the Dunera. In his book “Island of Barbed Wire” Connery Chappell indicates that some 830 internees from the Isle of Man were on board the Dunera.