GORDON M. WYANT, M.D., C.D., O.C. It is with great sadness that we announce the death of our father, grandfather and great-grandfather, Gordon Michael WYANT, “the Gow”, at Victoria, British Columbia, on October 22, 2009, at the fine age of 95 years.

He was predeceased by his loving wife of 43 years, Annie Charlotte WYANT, née DUNNET, (“Gowie”) in 1986 in Saskatoon, and by his parents, Raymond Sigmund WEISS (in 1978 in Saskatoon) and Paula WEISS, née SCHEUER (in 1960 in Chicago). 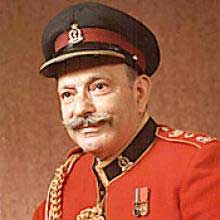 He is survived by a younger brother, Edgar T. WYANT of Fort Lauderdale, Florida, and by his five sons, Peter (Carole-Ann) of Regina and their children, Adam (Annie) and Adrian (“Toby”) (Tamara) and his mother Vanessa; Raymond (Louise) of Winnipeg and his children Kristin (Daniel), Kerrie and Graeme (Janice) and their mother Cheryl, and step-children Janelle and Charles; Vaughn (Lori) of Saskatoon and his children Phillip, Michael and Melissa and their mother Wendy; Gordon (Christine) of Saskatoon and his children Allison and Stephen and their mother Joan, and step-children Jeremy and Kayla; and David (Leslie) of Maple Ridge, B.C. and their children Lindsay, Mallory and Zachary; and by 11 great-grandchildren: Spencer, Hudsyn, Keegan, Evan, Charlotte, Annika, Noah, Lucas, Jaqueline, Jordy and Riley.

Our father lived a full life. He was born Günter Maximilian WEISS at home in Frankfurt am Main, Germany, on March 28, 1914, the elder of two sons in a non-observant Jewish family.

Arrested by the Gestapo

Young Günter attended grade school followed by the Goethe Gymnasium in Frankfurt, being graduated in 1932. After some pre-medical studies at Würzburg, Günter received his medical degree from the University of Bologna in 1938. On a visit home to his parents in 1937, he was arrested by the Gestapo.

Strings were pulled and he was finally released after almost three days but was told he was being deported, his German citizenship having been revoked as a result of the racial Nürnberg Laws of 1935, and that he could never re-enter his homeland.

He never lived in Germany again.

He had been raised as a Lutheran, the religion of his nanny, and so travelled to the United Kingdom in 1939, having been sponsored by the Society for the Propagation of the Gospel. Although he knew very little English, he enrolled at Queens College, a theological school near Birmingham, in preparation for overseas medical missions work. Six months later, the U.K. was at war with the Axis powers and in June, 1940, Churchill issued his notorious order, “Collar the lot!”

Günter, as a German alien, was rounded up along with thousands of other Germans and Italians and interned in a camp outside Liverpool for several weeks. In July, he was shipped out on HMT Dunera for long-term internment in Australia along with over 2,500 other internees including 2,100 German and Austrian Jews, 200 Italian Fascists and 250 National Socialist prisoners of war.

A German torpedo missed the Dunera in the Irish Sea on its outward voyage. The “Dunera incident” is infamous – the stark brutality of the British guards towards the “prisoners”, the congestion below decks in the hold (the hatches were kept battened and the portholes closed for several weeks and the stench of the fetid air became unbearable), the lack of adequate toilet and sanitary facilities giving rise to dysentery, diarrhoea and skin diseases.

After a two-month voyage to Australia of “beating, looting, robbery, torture, starvation and intimidation,” the trip ended at Sydney and the prisoners were interned at Hay and Tatura in the Australian outback for a year and a half. The professionals and intellectuals in the group transformed the internment camps into stirring examples of what men can do under the most adverse of circumstances to retain their humanity.

Finally, in late 1941, Günter signed on as medical officer on a vessel taking some of the internees back to the U.K. in exchange for their agreeing to enlist in His Majesty’s armed forces. While en route, America entered the war and this vessel was also missed by a German torpedo. On the way back to the U.K., the ship put in at Halifax for several days waiting for a convoy across the Atlantic.

Günter’s first taste of Canada in mid-winter was an unpleasant one, full of frozen rigging and the wet cold that blew right through his lighter Australian clothing! He arrived back in the U.K. and enlisted in the Royal Army reserve and began practising medicine at Ashton under Lyne, near Manchester. Here he met Annie, an operating room sister from Shotley, Suffolk. They were married at Greenford, north London, on March 4, 1944.

In the meantime, Günter’s parents had managed to escape from Germany on a sealed train through Vichy France, sailing from Lisboa in August, 1941, and arriving in America in early September with no possessions except the luggage they carried and the clothes they wore, only weeks before America entered the war. Their immigration quota numbers had come up one day before the U.S. consulate in Stuttgart was closed.

Günter’s younger brother had been sent to the U.S. in 1933 for his safety and by 1943 Edgar was serving with the American forces in Italy. He had changed his surname to WYANT which was less German, in case he was captured, and Günter changed his name to Gordon Michael WYANT at the same time.

Gordon served with the Royal Army Medical Corps in Scotland and Dover, and then as commanding officer of a medical hospital in Accra, Gold Coast (now Ghana) until he was demobbed in 1947 with the rank of A/Lieutenant-Colonel. He returned to his family in England and in 1949, they all emigrated to Chicago where his parents then lived. He practised anaesthesia in various Chicago hospitals, rising to assistant professor at the University of Illinois and head of anaesthesia at the Stritch School of Medicine at Loyola University.

Over the years, Gordon established a world-recognised Department of Anaesthesia at the University. In 1970-71, he served as president of the Canadian Anaesthetists’ Society and as vice-president of the World Federation of the Societies of Anaesthesiology for four years in the 1980s.

He was editor of a number of national and international medical journals and was widely. He was the anaesthetist on the University’s medical transplant team that did the second renal transplant in Canada. Among many other professional honours, he was awarded the Hillel Feldman Award by the American Society for the Advancement of Anaesthesia in Dentistry, the Award of Merit of the Canadian Standards Association, the Gold Medal of the Canadian Anaesthetists’ Society, and was the first non-American honorary member of the American Association of University Anaesthetists.

A year-long sabbatical in China learning acupuncture therapy, and then around the United States in 1976-77 resulted in the establishment of wide-ranging pain management clinics in Saskatchewan, including at the Plains Medical Centre in Regina. In 1981, he was named professor emeritus of anaesthesia and left the University after 30 years of service to his patients. Following his retirement from full-time medicine, he consulted widely on medical matters for personal injury cases for a number of years. He finally retired in 1998 at age 84.

He joined the Territorial Army in Canada in 1956 and then transferred to the Canadian Reserves. In 1957, he was appointed commanding officer of 20 Medical Company, 2 North Saskatchewan Regiment, with the rank of Lieutenant-Colonel and was named Queen’s Honorary Physician from 1975 to 1977.

Gordon served as president of the University of Saskatchewan Faculty Club, vice-president of the Sherbrook Community Centre (a wing of the Centre has been named for him), and was active in the Anglican Church of Canada in the Saskatoon Diocesan, Provincial and National Synods and in a number of local, national and international organisations, including the Defence Medical Association of Canada, the Canadian Pain Society, and the International Standards Organisation.

He was also Director of the Saskatoon Municipal Emergency Health Services and he founded the celebrated Mr. Brown Memorial Garden. In 1990, he was invested as an Officer in the Order of Canada. In 1987, after Annie’s death, he was remarried to Mary Anne GILCHRIST (formerly GUETTINGER, née RINARD), now ELKINS, born December 20, 1939, at Lewiston, Idaho.The couple moved to Vancouver Island and were married for several years until they divorced.

Germany welcomed him home again after his retirement

Our father was the son of Holocaust survivors and Germany welcomed him home again after his retirement, to make amends. He will be remembered as a man of vision with a drive to excel, with personal courage and strength in the face of adversity, and with a clear concept of principles by which he lived his life.

The Gow taught his sons by example that moral behaviour and knowing right from wrong always supersedes immediate gain in life. The work ethic he instilled in us has served as a beacon in our lives.

Although not always an easy man to know on a personal basis, like our mother he was our inspiration, and he will be missed.

The family extends its most sincere thanks to Dr. Woodburn and the nursing staff at the Royal Jubilee Hospital in Victoria for the care they afforded our father during his final few weeks. We also extend our sincere thanks to Michael St. Clair and the staff and residents at Berwick House in Victoria for providing such a congenial and companionable home for him for the last several years.

His interment beside our mother will be private. In lieu of flowers, donations may be made in his name to the Canadian Cancer Society or the Sherbrook Community Centre, or to the Women’s Auxiliary of the Royal University Hospital to the memory of our mother.

Condolences may be sent to mail@saskatoonfuneralhome.com. published in anaesthesia research (including textbooks on the subject) and in 1983, the Department of Anaesthesia library at the University was named in his honour.

As published in the Winnipeg Free Press on October 30, 2009